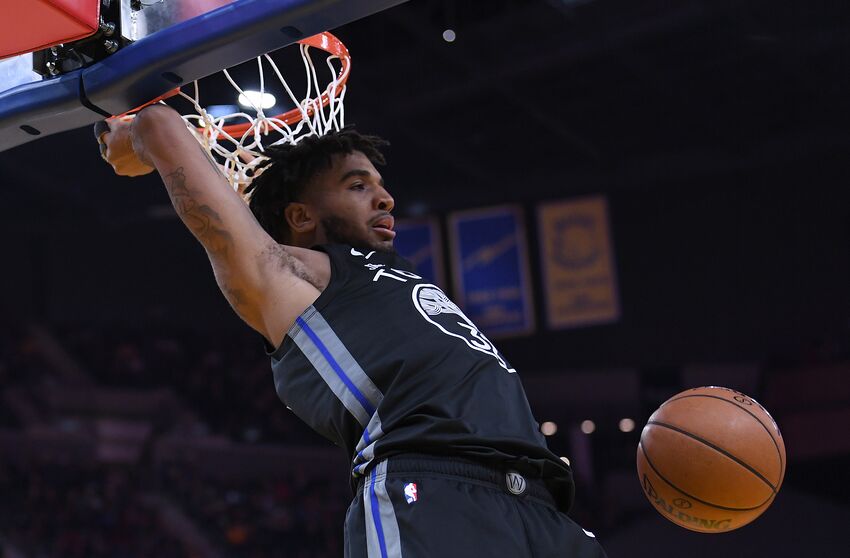 The Golden State Warriors made a few genius cap manipulations in the past few days that should allow them to retain both Marquese Chriss and Damion Lee for the foreseeable future.

The Golden State Warriors have one of the most accomplished, successful front offices in the NBA — that much isn’t disputed. For that reason, it should come as no surprise that the team found a way to work themselves out of quite the sticky situation with Marquese Chriss.

The Warriors have been stuck in a bit of a cap bind this season. The offseason sign-and-trade for D’Angelo Russell left the Warriors hard-capped which meant that even despite their open roster spot, they didn’t have the cap flexibility to sign an additional player.

And unfortunately, that led the team to make some difficult decisions.

Undrafted rookie Ky Bowman impressed when thrust into the starting lineup and he served a very important role in the team’s rotation. But the only problem was that he was on a two-way contract and his NBA eligibility wouldn’t last for long.

The same was true for shooting guard Damion Lee who had also become a key contributor on the young Warriors squad. To make room for one of the two, the Warriors had very few options.

They could have opted to trade away one of their players — perhaps someone like Alec Burks or Glenn Robinson III. Or, the option few fans wanted them to take, they could have released fan-favorite big man Marquese Chriss before his contract became guaranteed.

And with time running out, the Warriors opted to choose the latter.

It was a controversial decision, to say the least, given Chriss’ improvements as a player and the vision that he could play a part in the future of the team. But the Warriors decided to give Lee his roster spot and pass Chriss through waivers.

Fortunately, the team’s gamble appears to have paid off.

Somewhat surprisingly, Chriss passed through waivers unclaimed and has now officially been brought back on a two-way contract. And in doing so, the Warriors front office once again worked their magic.

Let’s quickly break down the results of this move.

This sequence of moves allowed the Warriors to retain both Chriss and Lee while simultaneously creating 23 more two-way days when both Lee and Bowman had all but run out of eligibility.

On top of that, Chriss’ 23 service days — with a little manipulation — could very well expire in early March which just so happens to be when the Warriors will break free of their hard cap restrictions and be allowed to sign a 15th player to their active roster.

Even better is the fact that Golden State will now have rights to Chriss as a restricted free agent meaning that they should have no trouble bringing him back on a multi-year deal in the offseason if they choose to go that route.

So essentially, Bob Myers and Joe Lacob managed to retain both Chriss and Lee without either really missing much NBA time at all — with the exception of the past week or so. Moreover, they locked Lee up long-term and are in a position to do the same with Chriss.

There’s a reason the Warriors were able to construct one of the greatest dynasties in sports history. It starts with the front office, and it’s little moves like this that truly show their greatness.

Marquese Chriss is back with the Warriors — much to the delight of Dub Nation.

Next: Golden State Warriors: All-Decade Team for the 2010’s

And they have their genius front office to thank for it.